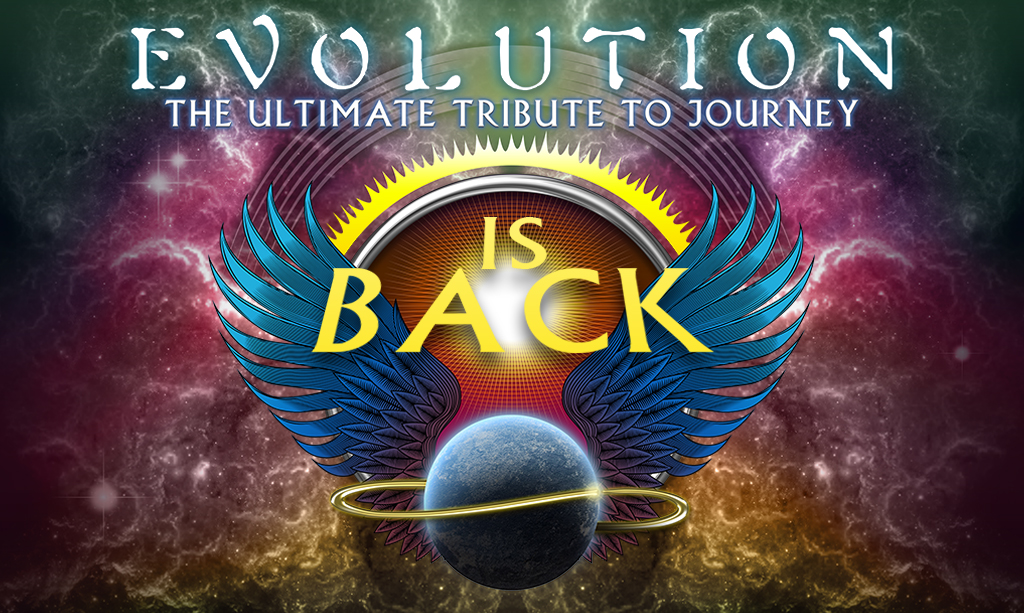 EVOLUTION is back! Yes, that’s right, despite the band’s temporary name change to Majestic in 2017, EVOLUTION — San Francisco’s Ultimate Tribute to Journey, is back and better than ever. The band that many fans have grown to know and love since its first public performance at the Fox Theater in Redwood City in 2006 will be returning to the stages of Northern California very soon.

EVOLUTION, which was declared the “Overall Winner” in KFOX radio’s “Last Band Standing” competitions in 2007 and 2008, last took the stage in October 2019. The band is excited to return to playing the Journey hits their fans grew up hearing and singing along to, such as “Don’t Stop Believin’,” “Any Way You Want It,” “Faithfully” and more!

“I miss performing. I guess I am a performer. I miss the guys, I miss the camaraderie, but what I don’t miss is 106 degrees in the sun,” said lead singer John Siino with a laugh.

For guitarist Jerrol Reavis, he said, “there’s nothing better than being on the stage and performing this material and watching the faces of the people in the audience from people crying because they’re so emotionally connected to the music, to 99% of the entire audience singing every song, to the smiles on their faces.”

“What that tells me is not only are we doing it right, but really Journey is doing it right, is that the music crosses all age limits and it’s just fantastic music to play,” Jerrol said. “Everyone’s so emotionally connected to it, so to get that response back tells us we’re doing it right and it’s worth every drop we have to put into it.”

In interviews following their 2008 Last Band Standing victory, KFOX radio host and musician Greg Kihn asked John: “… did you get some of Steve Perry’s blood samples, because it sounds like you cloned his voice!”. Journey founding member Gregg Rolie said: “John Siino sounds more like Steve Perry than Steve Perry!”.

“What I’m excited about most is to see the look on peoples’ faces when we break out a couple surprises and perform them really well,” John added. “I guarantee no other tribute band can do these songs this well.”

Longtime fans of EVOLUTION will notice drummer and founding member Don Stephenson missing from the lineup, as he retired from performing after the 2019 concert season.

Bassist Eric Fleming returns after a nine-year absence. He last performed with the band at the California State Fair Grand Stage in 2013.

Also new to the lineup is singer Mike Cronan. Mike, John and keyboardist Jess Reyes have been friends since childhood and have been making music since elementary school.

With the addition of Mike, Doug and the return of Eric, the new-look EVOLUTION now features five singers. This change matches Journey’s current lineup that has five singers when it performs onstage.

“I’m so fired up, it sends chills down my spine,” John said. “The blend of vocals is very important. They’ve got to blend, and there’s a chemistry in the voices and we believe Eric, Jess and I have always had a great blend. I believe the timbre of (Doug’s) voice blends with us, and certainly Mike. We get through this material and I get excited just thinking about it.”

Like many bands, EVOLUTION was forced to take time off due to the COVID-19 pandemic when bands were not performing, and many band members became uncertain of the band’s future. Jobs became uncertain, health concerns arose, and venues became vacant.

Jerrol said when he was not performing with EVOLUTION it felt like half of him was missing, so in his mind letting the band dissolve was not an option. He stood firm in his belief that, “The only way we were going to do this is if we were going to be stronger and better than we were previously, and I think we’re on the way to that.”

When concert venues began to schedule shows once again, Jerrol reached out to John and Jess, and the decision was made to give EVOLUTION a “reboot”.

“We came up with some thoughts, that if we could put together a product to be better than it was, which is challenging, then I’m all in,” John said.

The three began formulating a plan to rebuild the band, which all members are excited to share. New material has been added, and the band will be releasing a few surprises throughout the year.

EVOLUTION was formed in 2006 by Jerrol, at a time when tribute bands were few in number. As he tells it, the idea came to him at a Journey concert at Konocti Harbor in 2005. Jerrol was asked to deliver a couple of newly-serviced guitars to Journey guitarist Neal Schon to use at the concert. After delivering the guitars, Neal invited Jerrol to watch the show from backstage and see the concert from the band’s perspective.

“Afterwards, I went to him and asked if I could put a tribute band together, and made him the promise that I wouldn’t take his music out onto the stage without the utmost accuracy and professionalism,” Jerrol said. “He shook my hand and said you have my blessing.”

Following Schon’s blessing, Jerrol then went to each of the other members of Journey and each gave their blessing to him as well. Within a month, Jerrol had put ads on Craigslist in search of his new bandmates.

And that is how EVOLUTION was formed.

“I finally decided after playing different types of music that I wanted to just perform Journey’s music,” Jerrol said. “The emotional connection to both Schon and Journey is what fuels my passion and love for the music.”

Watch close for the announcement of EVOLUTION’s first official event back, where the band looks forward to seeing the “Open Arms” and smiling faces of its fans. For a full list of upcoming shows follow along here and on Facebook.

About the author: Justin Couchot is a writer based out of Northern California. He specializes in sports and feature writing. For inquiries contact jcouchot93@gmail.com, or follow on Twitter @JCouchot_Sports. 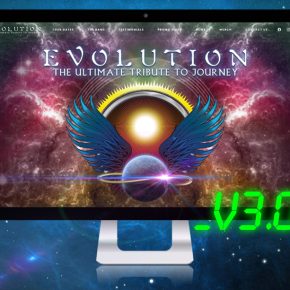 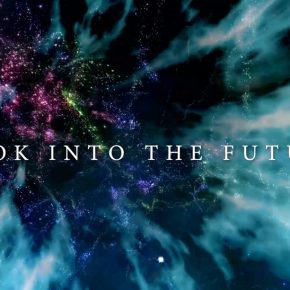 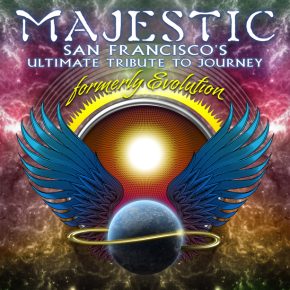 Copyright ©2023 EVOLUTION – The Ultimate Tribute to Journey. All rights reserved. | Design by GINGALLEY.